Book Talk: "Being in North Korea"

In 2010, while working on a PhD in South Korea, Dr. Andray Abrahamian visited the other Korea, a country he had studied for years but never seen. He returned determined to find a way to work closely with North Koreans. Ten years and more than thirty visits later, Being in North Korea tells the story of his experiences helping set up and run Choson Exchange, a non-profit that teaches North Koreans about entrepreneurship and economic policy.

Dr. Andray Abrahamian is Senior Adjunct Fellow at Pacific Forum. He was the 2018-2019 Koret Fellow at Stanford University and has also held positions at George Mason University Korea, and Ulsan University. He helped start a non-profit, Choson Exchange, which took him to the DPRK over 30 times; he has also lived in Myanmar and written a book comparing the two countries. He is widely published on Korea issues. 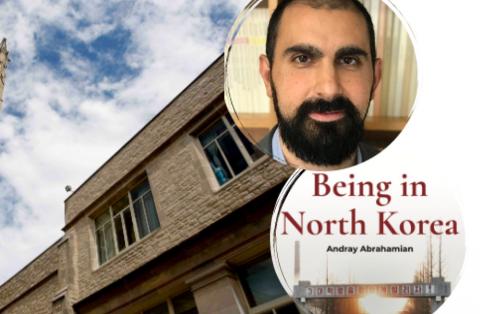